On Friday night, the presidency’s social media accounts appeared to announce what hotels, lodges and guest houses have been waiting for: leisure travel will now be allowed.

But then the posts were deleted.

While president Cyril Ramaphosa last month indicated that establishments will be allowed to accommodate leisure travellers, this was contradicted by tourism minister Mmamoloko Kubayi-Ngubane who announced that South Africans will have to stick to self-drive day trips within their resident provinces. Subsequent government regulations seemed to confirm that hotels, lodges and guest houses are still only permitted to host business travellers.

But Ramaphosa’s office posted on Facebook and Twitter on Friday evening that leisure stayovers will be permitted, as long as visitors remain in their resident province.

“Private homes for paid leisure accommodation” – a reference to AirBnb – will still not be allowed.

The posts were initially welcomed by the Western Cape government in a statement. “What this means is that families who live in the province can now spend a weekend away at their favourite getaway spot, and enjoy the best that the Western Cape has to offer, while doing so safely and responsibly,” said David Maynier, Western Cape minister of finance and economic opportunities.

But by Saturday morning the posts were deleted.

“We have always believed that accommodation establishments are allowed to receive leisure guests within the province of their residence.”

But a spokesperson for the presidency says the posts were made in error, and that accommodation should not be open for leisure travel yet.

“This is not correct. In Alert Level 3, accommodation remains prohibited for leisure travel, and is only open for essential work purposes.” 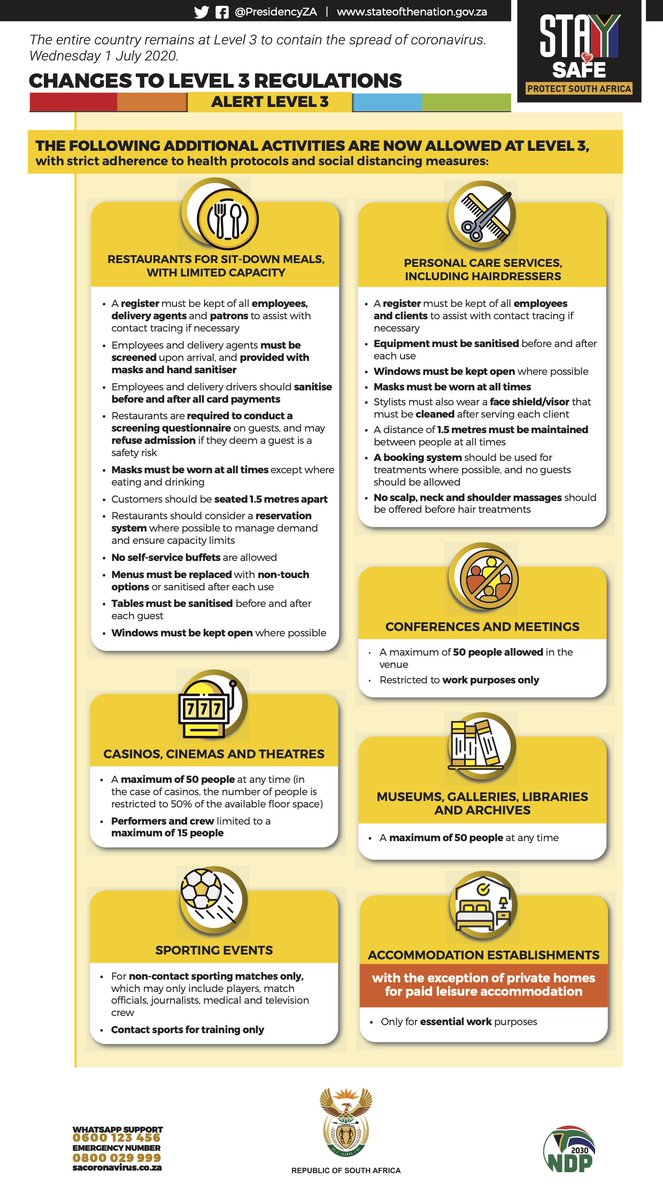 The coronavirus crisis wreaked havoc on South Africa’s hospitality sector, with one industry expert estimating that 40,000 jobs may already be lost.

Last month, the US hotel giant Marriott announced that it will stop operating three hotels – the Mount Grace in Magaliesburg, the Edward in Durban and the Protea Hotel Hazyview in Mpumalanga – in South Africa. Another US hotel chain, Hilton, will give up its Cape Town hotel this weekend.