Growing outrage has followed a pinned tweet from Economic Freedom Fighters (EFF) leader Julius Malema, which consists of a slide show of quotes from founding Zimbabwean president Robert Mugabe, including one which reads: “The only white man you can trust is a dead white man”.

Various people have since tagged the South African Human Rights Commission (SAHRC), including former Democratic Alliance (DA) leader Tony Leon, who asked if the organisation was missing in action “again”.

Responding to Leon, former Nelson Mandela Bay mayor Athol Trollip, who is currently the DA’s federal chairperson, called the quote, and Malema’s sharing of it, “offensive, unconstitutional and vile”, as well as “dangerously incendiary”. He accused the SAHRC of trying to “comply with the wishes of the ANC government”, as opposed to the constitution.

Malema has since taken to Twitter to share a screenshot showing that someone had reported the tweet, and that Twitter “could not identify any violations of the Twitter rules”. He shared this along with the caption “Stratcom”, which was once an apartheid-era dirty tricks unit tasked with spreading misinformation, but which the EFF and others now use as term for members of the media they see as enemies.

The quote was indeed said by Mugabe and was included in a list of his “most eccentric quotes” in UK publication The Independent, which also quotes the late liberation icon-turned-dictator as infamously saying homosexuals are “worse than dogs and pigs”.

This is also not the only contentious Mugabe quote in the slide show. It also includes: “What we hate is not the colour of their skin but the evil that emanates from them”; “It may be necessary to use methods other than constitutional ones”; and “Our party must continue to strike fear in the heart of the white man, our real enemy.” 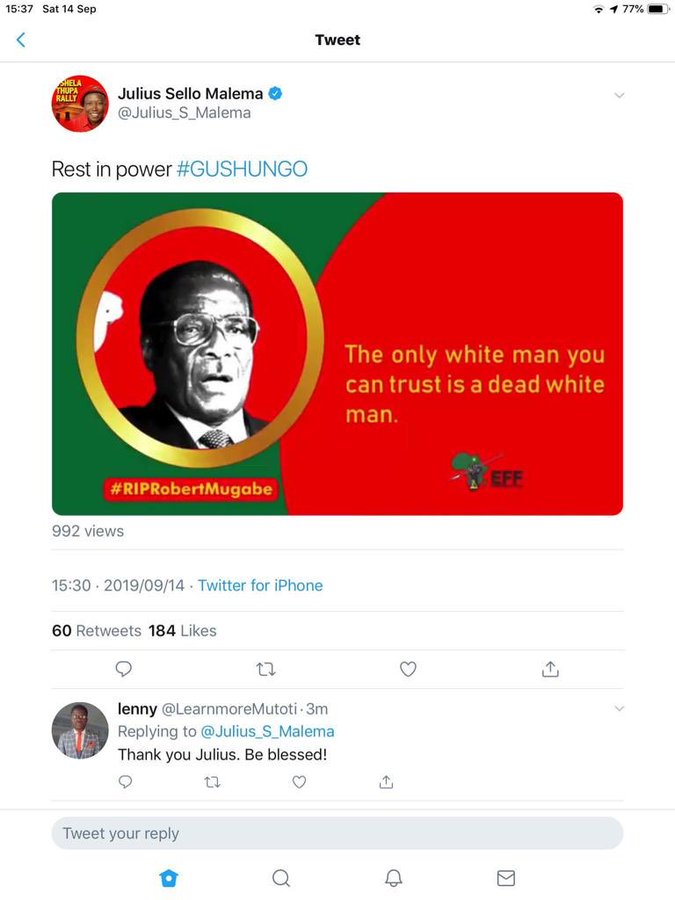 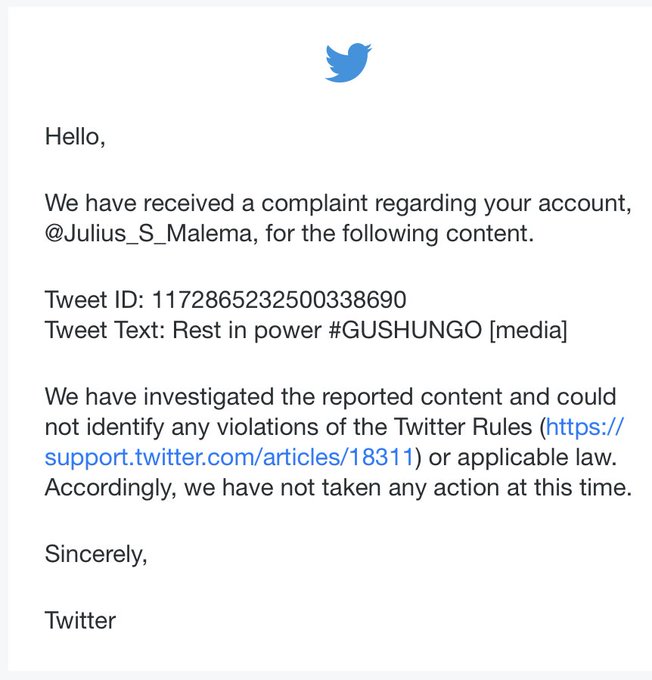 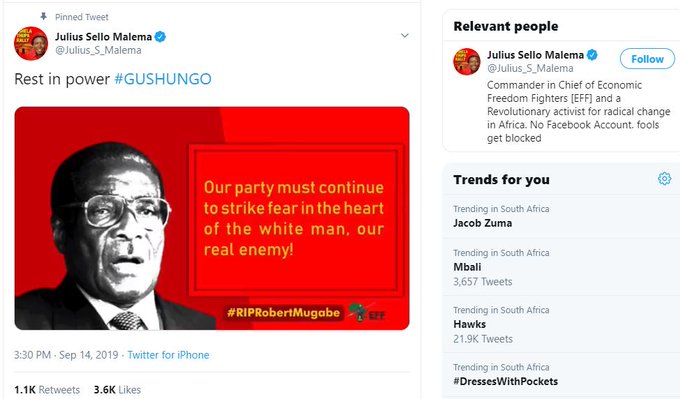 Malema has made his unwavering support for Mugabe clear since his passing. He has called him a “perfect human being“, expressed the view that history will absolve him, and suggested that black Zimbabweans may ultimately be better off than their South African counterparts because the country attained freedom “through the barrel of a gun” rather than a negotiated settlement.

At the EFF’s memorial service for the controversial Zimbabwean icon, Malema announced that he would be banning The Daily Maverick, their investigative journalism unit Scorpio and independent investigate journalism unit amaBhungane from future EFF events.

GUN THAT KILLED SENZO MEYIWA LINKED TO 2015 MURDER OF TAXI...