Justice and Correctional Services Minister Ronald Lamola on Saturday confirmed that 66 of the 69 inmates that escaped from the Malmesbury Prison were rearrested.

He’s assured the public authorities are working around the clock to apprehend the three remaining escapees.

Lamola said the regional commissioner, Delekile Klaas, had appointed a team to investigate the incident and appealed to the public to allow the department time to establish the facts and finalise the investigation, instead of listening to unfounded rumours.

On Friday, the escapees overpowered officials, took the keys and locked three officials in a cell. They then proceeded to open other cells, before escaping through the main entrance and over the roof.

The centre remains under lockdown.

Justice and Correctional Services Minister Ronald Lamola is expected to visit the Malmesbury detention facility on Saturday after 69 inmates escaped from the prison a day earlier.

So far, 63 inmates have been re-arrested with some reports claiming that figure has increased to 66.

They are now still outstanding after escaping yesterday in Malmesbury 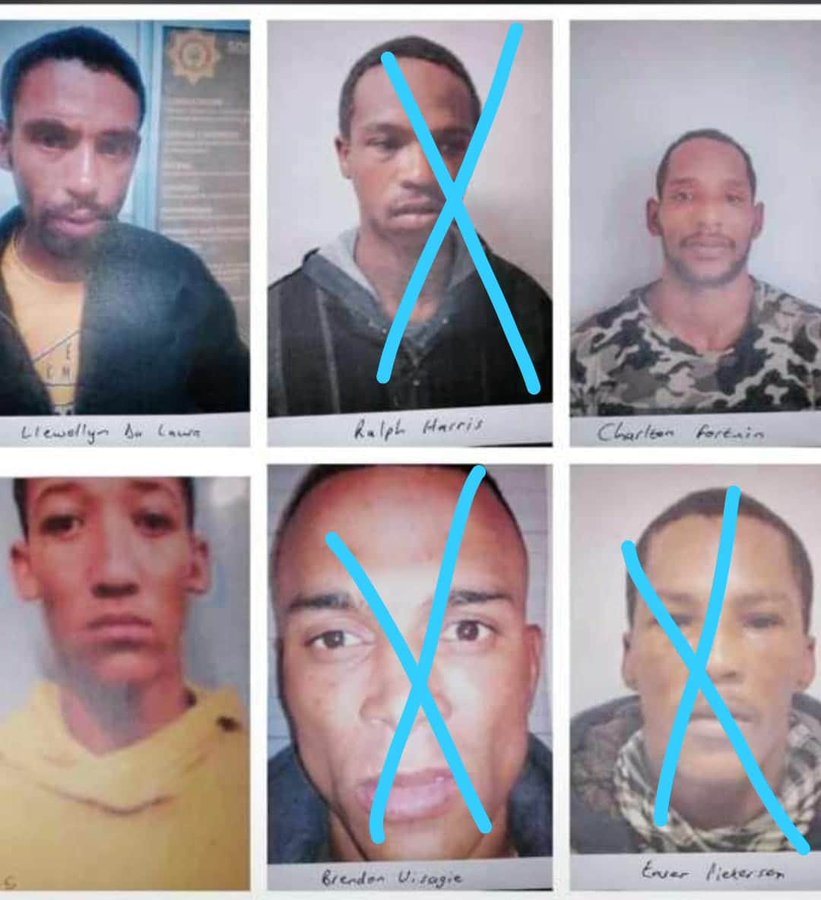 According to the correctional services department, three officials were locked in a cell, while the inmates carried out the prison break which saw the group escaping through the main entrance of the facility and over the roof.

A principal from a nearby school said he witnessed the commotion as the escapees tried to make a run for it.

Justus Schoonraad, principal at Hoërskool Swartland, said some of the prisoners jumped the fence and made their way onto the school premises.

“I was sitting at my desk and then I heard a few shots from the vicinity of the prison and that is about 400 m from the school. I saw a lot of guys running around, and these guys were running all over the place.”

Several videos believed to be of the police and private security officers rearresting some of the escapees have been shared widely on social media.